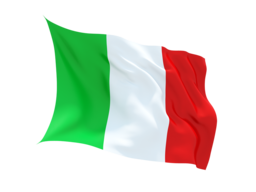 Forward to a phone number for a Low Per minute rate

Forwarding to Asterisk,FreePBX,Softswitches,SIP2SIP,Linphone,ITSP,VOIP or SIP Solution

Great if you need a National presence for your Business

Some features of the Italy  virtual numbers provided by  Virtual Number Hub are:

Reliable voice services of the highest quality, with our infrastructure being housed in secure collocations.

Each Bologna Virtual number Number  is provided with two channels, allowing two concurrent incoming calls on the same number. Additional channels may be purchased if required.

Bologna Virtual Number supports Unlimited number of calls, with no limit on the length of each call.

The call forwarding destination for a Bologna Virtual Number may be changed by you at any time via our Web services.

Each Virtual Number in Bologna supports Hunt groups and ring groups , allowing multiple destinations to be configured for a single Virtual Phone Number.

Call records are stored and are made available to you on a secure basis.